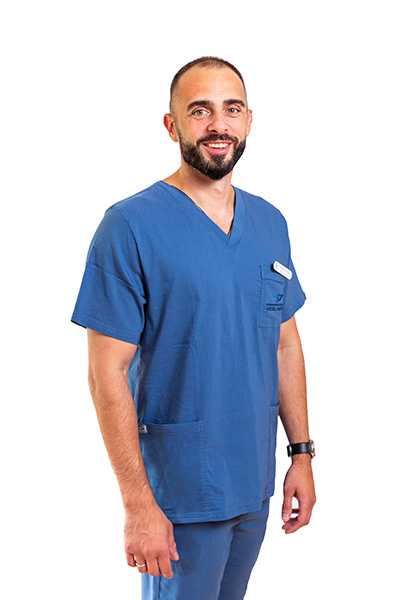 He began his Doctoral studies at the Faculty of Medicine in Nis in October 2010. He is currently developing his doctoral dissertation.

In the academic year 2011/2012 he was engaged as a Volunteer Assistant at the Faculty of Medicine in Nis at the course Ophthalmology. He was involved in lecturing at the practical work exercises of medical students. He is currently engaged in vitroretinal surgery, injured eye surgery, cataract surgery, OCT diagnosis, treatment and diagnosis of senile degeneration rusty (AMD), and retinal laser photocoagulation procedure.

The Vice-President and member of the Youth Association of Ophthalmologists of Serbia (UMOS).

He participated in numerous SOE Congress (European Association of Ophthalmologists – Geneva 2011), the Congress of the ESCRS (European Society of Surgeons of cataract and refractive surgery – Stockholm 2007, Berlin 2008, Barcelona 2009, Milano 2012), the Congress of the Association of Ophthalmologists of Serbia (Zlatibor 2008, Subotica 2010, Aranđelovac 2011, Belgrade 2012, Zlatibor 2013, Novi Sad 2014), scientific congresses and symposiums of ophthalmic section SLD.